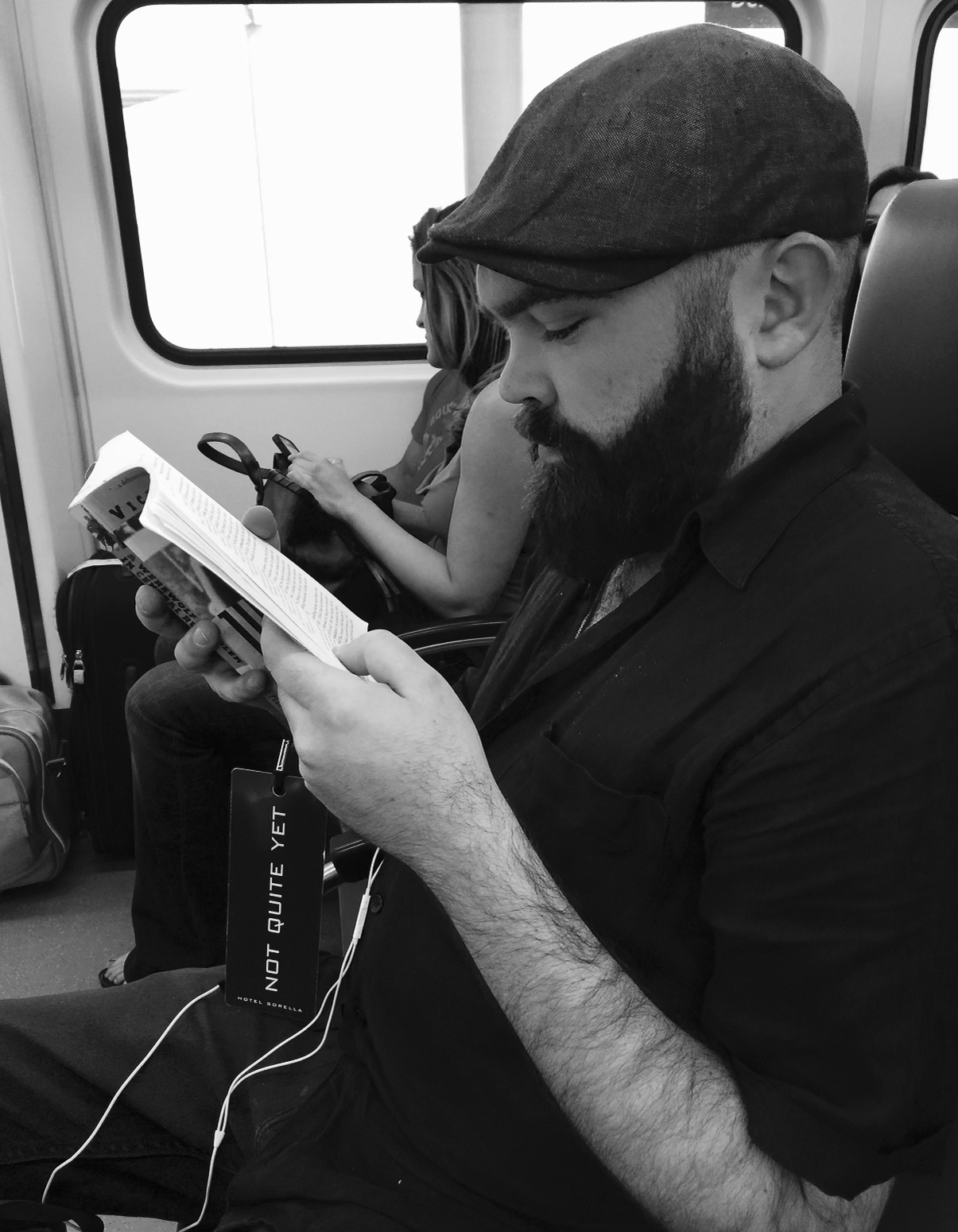 Tivnan Michael Webb was known and respected by more people than he could have imagined. He was a bright, contemplative, funny, caring, complex, multi-dimensional boy and man. Tiv was a curious and inquisitive toddler who loved books and acted out the stories read to him.  Grandfather Twilight became a favorite - each time he listened to it being read, his acting became more and more intricate. His “little big sister” Caitlin was born when he was 3. They became inseparable and protected each other. Cait looked up to her brother and looked out for him throughout their lives.

Foothills Academy, an independent elementary school, became his haven for stimulation and creativity, a retreat that provided him solace and safety where reading and writing became his focus. He always had a backpack full of books, walking with a book in one hand and a writing
pad in the other. From a young age, he announced he was going to be a writer, saying he didn’t know how he’d make a living since writers didn’t make much money. He caught the acting bug in 3rd grade after performing in a Shakespeare production. That summer he worried about whether he’d get the lead in Macbeth the following year. He did!

He found his place in high school when he entered the Denver School of the Arts (DSA) with a major in Creative Writing. He said DSA was the best blend of weird and fun, where he’d have the time to write and be with kids just like him. He was in his element, was accepted for being a somewhat awkward intellectual teenager, and was stimulated in ways he’d never imagined. Mrs. C., the creative writing teacher, “got Tiv” and encouraged him to explore his talent. He wrote poetry every chance possible, everywhere there was a blank slate, including on his jeans and the walls of his bedroom. In spite of his drive and ability, he found it difficult to meet deadlines. One night at 11 pm he announced he had to submit a poem for a contest by 8 am the next morning and he’d fail the class if he didn’t. He wrote the poem quickly and delivered it in time. In spite of a cover letter where he noted the poem wasn’t good enough, he was awarded the top prize!

Although senior prom wasn’t an event he was interested in, he agreed to go with his girlfriend and good friends. He wore his cap, aviators, and a button-up shirt, saying he went because he valued time with friends. He didn’t care about the “B.S” parts that made the prom-prom. Despite him wanting to be low-key and fly under the radar, he came home shaking his head and laughing at the irony that he’d been chosen, Prom King.

Throughout high school. Tiv volunteered with a group called United Artists Coalition for Kids (UACK). UACK was composed of students from DSA who brought art to children in homeless centers in Denver. He knew how fortunate he was to have had access to the creative arts when he was young and was passionate about helping children discover their own connection to creativity.

He took a gap year after DSA to see if he could be productive without external timelines. He admitted he wasn’t productive but spent 6 months living in the “Doherty family homestead” in the Bronx with his Uncle Peter who introduced him to New York’s revered jazz clubs. Tiv, in turn, loved showing his Denver friends the NY scene. He went to Chicago’s Columbia College where he majored in poetry and was on the Dean’s list. In spite of his success, he decided the classes weren’t rigorous enough and returned to Denver where he enrolled in graduate courses at UCD. Though he graduated with honors, with a bachelor’s degree in English literature and encouragement to submit his writing for publication, he never thought his writing was “good enough.” He spent several years during and after college delivering Italian food while listening to books on tape. “Where else can I get paid $35 an hour to listen to books on tape?”

After the delivery gig, Tiv did freelance editing work which was more in line with what he thought could be a career move. He was glad to be using his knowledge of the English language and grammar but while editing legal documents and advertising campaigns he realized that type of editing wasn’t for him. He knew creative writing was his passion but wasn’t able to find its home.

Tiv was an avid foodie and knew the hidden gems in Denver. He loved traveling and was fortunate to have traveled around the US as well as Central America, Europe, and Canada.

He was kind and gentle as shown through his tender interactions with his grandmother as part of her family hospice care team during the last weeks of her life at his father’s home.

Tivnan did what he wanted and what he believed was important. He was strong-willed and headstrong.  He cared about our country passionately and was a progressive liberal, always looking after and fighting for the oppressed, marginalized person. He abhorred systemic racism and believed in equality and equity across the racial and sexual diversity spectrum.

His deep heart and old soul positioned him for an immense love for music. His connection to “music that has a soul” resulted in him belting out heartfelt melodies in the shower. Cait discovered his love for singing soulful songs in the shower while traveling with him in Portugal. When she complimented his singing voice, he shrugged and said, “You mean my shower sing songs?! Yeah. They’re pretty fire, huh?” Every time they traveled together, she eagerly listened to his shower sing songs.

Tiv inherited a number of life challenges ranging from scoliosis resulting in a full spinal fusion at the age of 14, and the genetic predispositions for alcoholism, anxiety, and depression. Unfortunately and eventually, Tiv’s alcoholism and his mental health challenges got the best of him.  He completed three rounds of addiction treatment, including inpatient treatment, and proudly lived in a sober living house for 18 months. However, drinking once again became his nemesis resulting in liver failure in March 2021. He had a liver transplant by the Porter Hospital Transplant Team in April 2021. Part of his being transplanted so quickly was thanks to 40 friends who wrote compelling letters sharing their love for him and assurance that he would do his part to save the new liver. They were right—he never drank alcohol again and did whatever he could to improve his health. The 15 months following the transplant were difficult, full of highs and lows, gratitude for his new liver tempered with multiple hospitalizations due to complications. His family, friends, and the transplant team were with him every step of the way.

Tiv died on July 27, 2022, surrounded by family and friends. He leaves behind his parents, Jo Anne Doherty and Kent Webb (Mike and Rene) and sister Caitlin (aka “Cait Precious”) (Rylan); Great Uncle Keith; Aunt Maura (Ken); and Uncles Frank (Linda), John, and Michael (Chris); many cousins in the US and Ireland; and many many dear friends from childhood through his adult life.

Tiv emitted a cool intelligence and was wise beyond his years. The connections he made with others were from the heart and ran deep. One thing that we have learned from him is that deep friendships last a lifetime. You can do immensely difficult things with strength and gentleness, and those things may be a little easier with the support of people who love you. Thank you to all who loved Tiv and helped enrich his wonderful, difficult, creative, generous, yet short life.

Many of you have asked about contributions you might make in Tiv’s honor.  The following are some ways to contribute to his name. We think they would be near and dear to Tiv’s heart:

An organization or cause that is near to your heart in Tivnan’s honor.

Note, we’d appreciate it if you do donate, to write a note that it is in Tiv’s honor

Thank you very much.