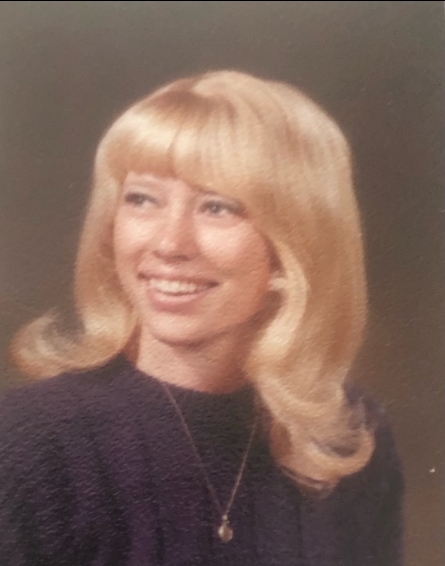 Linda Marie Clough was born November 8, 1953, in Denver, Colorado, to Shirley Ann and Edward Clough. She was the third child of five: elder siblings Cyndie and David and younger siblings Barbara and Timothy. Their childhood was spent enjoying the 2.5 acres in Lakewood that belonged to their maternal grandparents, Earl and Shirley Copping. Linda graduated from Jefferson High School in Edgewater.

After high school, Linda, Lynn to her friends, met her first husband, Dale Hoff. The two married at Saint Bernadette’s Church in Lakewood and shortly after relocated to Corpus Christi, Texas. It was there that the two welcomed their daughters, Laurie and Meagan.

Lynn lived in Corpus Christi for seven years, during which time she worked in various roles, including at Jeanette Holloway and Associates, where Lynn would make lifelong friends. Anyone lucky enough to be friends with Lynn knows that she cherished these relationships and maintained several friendships over the years and across state lines. During her time in Texas, Lynn developed a fondness for seafood and tortillas, both of which were at peak freshness in Corpus Christi.

Lynn, Laurie, and Meagan moved back to Denver in 1990. She joined the team at Dynalectric Company as well as Wardrobe Union Local 719, eventually becoming treasurer. It was at Dynalectric that she met her current husband, Kirk Ackerschott. The couple married on November 28, 2003, growing the reach of Lynn’s extended family from Colorado and South Texas to Montana and Alaska.

In her later years, Lynn and Kirk enjoyed RV trips throughout the US with their dog, Bukka.  This included a special trip in June 2013 to welcome their first grandchild, Cadance. Several years later, on October 22, 2016, Lynn’s eldest daughter, Laurie, and her husband Larry Nix welcomed their first child Lemon Piper. Lemon and Grandma developed a very close and special relationship that Lynn cherished to the end.

Throughout her life, Lynn’s passion for the animals, especially her beloved kitties, with whom she shared her home and life, was a constant theme. Her family thanks you for your support in continuing that legacy through your donations to the Cat Care Society. bit.ly/CatCareSociety