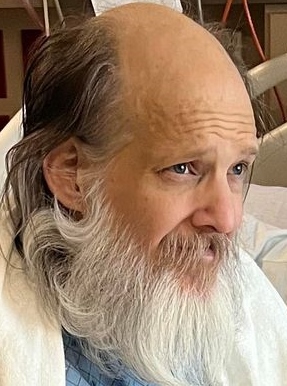 Kendall Crapo, who was born 5/6/1969 in Pocatello, ID to Norman Linford Crapo (deceased) & Deanne Cook Weekes (deceased), passed the veil in the early morning hours of 2/12/22, of heart failure.

He lived all over the United States as a child, moving from ID to CA, to SC, back to CA, to NC, to NY, and then to UT to finish high school, where he stayed with his Uncle Alvin Crapo and Aunt Merlene Crapo (deceased) and family.

After graduation, he joined the US Army where he was a cook, and was honorably discharged after 6 months when a previously undiagnosed heart murmur started to cause problems. After discharge Kendall moved to UT, then NH and finally UT again where he lived out the rest of his days. He was on disability for symptoms tied to his congestive heart failure for many years before his passing. Friends of Kendall have referred to him as a burnt marshmallow... crunchy and burnt on the outside but soft and sweet on the inside.

He is survived by his 2 sisters: Kimberly Crapo (NH) & Janice Kelley (MA), his 3 brothers: Darryl Crepaux (NH), Jesse Crapo (NH), and Eric Crapo (NH), his step-parents: Yvette Crapo (NH) & Val Roberts (ID), his 4 "kids": Loki, Shadow, Patch & Piper. Kendall's family remains ever grateful to his longtime roommate, James Wakefield, who found Kendall when he was homeless, and took him in decades ago.