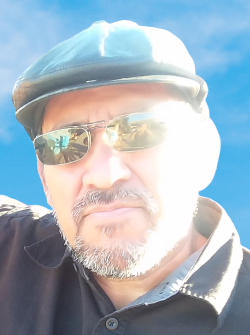 Henry Cruz, mechanic and life-long resident of Phoenix, Arizona, died unexpectedly on September 2, 2021 at the age of 55.

Henry was born in Mesa, Arizona on September 17, 1966 to Olivia Torres and Pablo Cruz. He was a Trusted Mechanic amongst family and friends. Henry would always help people in need, even if he didn't have the means he would find a way. He was a problem-solver often taking on new projects around the house and at work.

Henry was married to Eloise Mendez-Cruz and had two beautiful daughters and two hard working sons. Henry has worked his entire life to make sure his family will be successful on their journeys in life. Henry Cruz Sr will be missed by all the lives he has touched.

Last ride for our beloved Mechanic, friend, brother, grandfather, dad, father-in-law, brother-in-law, husband. Will be held on September 17, 2021 at South Mountain preserve 10919 S central Ave, Phoenix, AZ. Please feel free to join us in Henry’s last ride. We will meet up in front of South Mountain at 8am to gather for his last ride and make our way over to a reserved Ramada to share memories of Henry Cruz Sr.