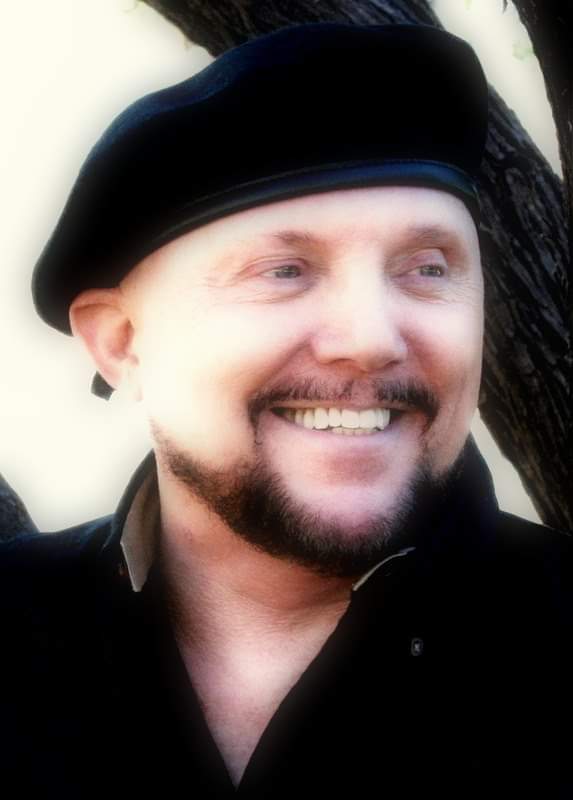 his faith.  He has been an active member and Priesthood holder, giving comfort and inspiration

to others.  Bryant has always spoken with a kind word toward others and his knowledge

of the gospel and scriptures has been a comfort to those he shared them with.

Bryant is preceded in death by his father, Segal W. Bryant, and his mother Betty Sue Johnson

as 4 great nieces and 3 great nephews in addition to many, many cousins.

He is loved deeply and will be missed by so many. A private family service will be held in his memory.

No one can tell you how to get the “it” factor, that special something that makes an audience

mesmerized by a performer.  It cannot be planned, contrived, or rehearsed.  It comes from

someplace deep, some pain, maybe some trauma.  In any case, it is the expression of something

Dennis Bryant had that “it” factor.  There was something magic about him. With charisma matching

the great rock singers like Steven Tyler or Mick Jagger, his electrifying performances earned him

record contracts from any promotion team that happened to witness him.  His primal, sometimes

Backing up in time, some of Dennis’ gift can be traced back to being exposed to James Brown and

Otis Redding at an early age, while being raised in an orphanage in Georgia.  He would sing like

his heroes, sing of strife, from deep in his heart, while working in the cotton fields around the

orphanage from a young age of 11 years old.   This foundation gave Bryant’s music a soulfulness

that could have only come from these life experiences.

Soon after singing in the fields, while still in his mid-teens, he was playing and singing in various

bands. At 16, he had been signed, taken to Nashville, and had recorded his first record under the

My life changed in 1971 when I gave a fellow hippie a ride home from McDonald’s. His name was

Mike Friend. Yes, that was his real name.   Mike lived in a treehouse down a dirt road in rural

Georgia.   A few months after delivering Mike to his tree, I received a phone call from him, asking

me if I would come try out on keyboards for a band that he had just become a roadie for.  I showed

up to a crash pad in Atlanta later that evening, and played my first notes with Dennis Bryant.  I

made a phone call, left the band I was in, and moved into the crash pad that night.

Our first gig took us to a bar in Indianapolis which was operated by the Outlaws motorcycle gang.

When first on stage, there was a great deal of tension as the bikers glared at Dennis, with his

androgynous style and stage presence, but as it turned out, he won them over, like he won everyone

over.  They knew they were seeing greatness.

This is a rock and roll story with a rather unusual plot line.  Somewhere along the way, Dennis

connected with his birth mother and stepfather, who he then brought with him while traveling the

twisted road of rock and roll performing. Even more incongruent to a typical rock story, at some

point early on, Dennis found his faith in the Mormon church, to which he was fully dedicated.  This

seemed to give fuel to his stage performances, making them that much more intense.

he was methodical about rehearsing bands he happened to be with.   He took this job of being a

singer in a band very seriously.  It did not matter what was going on, rehearsal was daily, and was

productive. He was focused.

Back in Atlanta, Frank Zappa came to town with some broken equipment.  His manager came to

borrow some gear from our band, heard about 30 seconds of Dennis singing, and signed him.

On the spot.  A first-class plane ticket to LA for Dennis, his mother, and his stepfather, brought

him to LA.  I soon followed too, lived with Dennis and his family in Alice Cooper’s old apartment in

It did not take long for The Dennis Bryant Group to be the local heroes, regularly playing The

Whisky A Go Go, Starwood, and The Troubadour.  Aerosmith opened up for the band at the

Whiskey in December of 1973, demonstrating how popular Dennis was.  Everyone wanted

Dennis. Some recordings were made as the stars tried to align on the business side of things.

Dennis soon found himself in the “care” of an influential family, with a business empire, that

wanted to change him from the superstar he was.  Power and money dictated that he compromises,

and go along with the plan.  Driving a new convertible Mercedes, living in a mansion in Beverly Hills,

rehearsing alongside Stevie Wonder and Michael Jackson, made it easier to go along with

changing his name, cutting his hair, dropped his previous swagger, and recording songs that

did not fit the artist that he truly was.  He was in a machine, and you do what you have to do.

When this ill-conceived effort did not connect, after several years of effort, the people who ‘cared’

for Dennis evaporated.  Dennis persevered, but momentum had slowed.  The power and money

people speak to each other, and had moved on to other projects.  Hollywood routinely chews up

talent mercilessly and disposes of the carnage like soiled tissue, ever certain of the endless flow

of shiny new faces arriving daily.  Additionally, the star making machine had some dirty parts. I

received a call from Dennis in the middle of the night, asking that I pick him up from the front lawn

of the Beverly Hills compound. It was no coincidence that 'Goodbye Yellow Brick Road' was on

the radio. The southern boy that Dennis was needed to reconnect with his roots, needed to go

back to his plough.

So he reinvented himself again, because that is what he does. He began living a full life outside

of the Hollywood machine, writing, singing, helping others in many ways, including his unflinching

dedication to his beloved church.

Dennis Lee Bryant knew the sacredness of connecting to someone’s soul through voice. On

March 29th 2022 after months of failing health, out of breath, out of life, unable to speak, Dennis

chose to pass away while listening to his sister's voice sing to him over the phone.  He came to

this world to connect to others with his voice, and left with the same connection.

He leaves behind an enormous catalog of unreleased material, a long list of people who love

and care about him, and a unique talent and spirit that will never be replicated.

Travel peacefully, my dear friend.  You are loved.