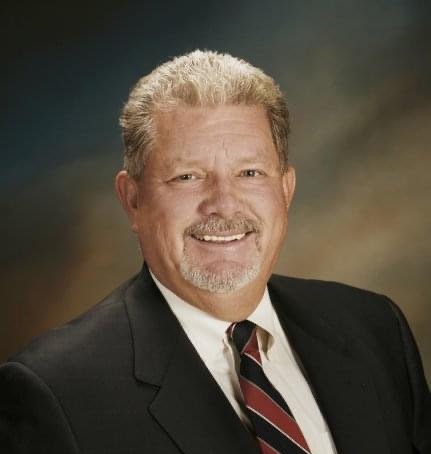 On September 28th, 2022, after two decades of outliving his doctor’s expectations, Ken’s weak but feisty heart is finally at rest.

Arthur Kenneth Ries (Kenny) was born in Atlanta, Georgia on November 13, 1946, to Christine Amaryllis Adkinson and Arthur Joseph Smith. He was later adopted, with his siblings, by the man he knew and loved as a father, Carl Leonard Ries.

Kenny was raised in Mesa, Arizona, and in spite of eventually residing longer in Utah and Nevada, he still considered Arizona his home. He attended Mesa High School (then Kenny Smith) and graduated from Westwood High School in 1965. Kenny was a natural athlete, and after much convincing from the track coach, he joined the track team and excelled at the high jump. For several years following graduation, he still held the state record jump of 6’10”. He was pretty proud of this mainly because he accomplished it before the advent of the Fosbury Flop, which allowed for higher jumps. He always said that if the technique had been around at the time, he likely would have broken his own record! Even as a middle-aged man, later in life, he loved to show off by jumping over and clearing the backs of pickup trucks in parking lots, much to the shock and awe of his three children.

After high school, he served an LDS mission to Montevideo, Uruguay where he learned to speak the Spanish language fluently. He maintained this fluency throughout his entire life, using it to enhance his career as a banking executive. He often had native speakers who, after speaking to him on the phone and then meeting him in person, were shocked that he was not Latino himself. In the past several weeks that he spent in the hospital, he even impressed his Spanish-speaking nurses.

Kenny married his childhood sweetheart, Judy Lloyd, on March 21st, 1969. He has mentioned many times, in these past few years especially, that Judy was his guardian angel and he deeply appreciated the love and care she continually provided him. Together they had 3 pretty awesome kids, who inherited from him his sarcasm, intelligence, and good looks.

Kenny spent 50 years in the banking industry, beginning as a teller and working his way up to an executive. Banking took him from Arizona to Utah and then to Nevada. He only recently retired in 2019 and finally moved back to Utah to be closer to his children and grandchildren. He met many of his dearest friends through banking, and it was a long and satisfying career.

During his healthier years, Ken was an avid golfer, enjoyed trips to Europe, and he always loved a good meal. In fact, the first sign that something was amiss with his health was when he no longer seemed to have an appetite. He could always eat!

Heart disease was a condition that he inherited and was cursed with at an early age. He suffered his first major heart attack and underwent triple bypass surgery on his 48th birthday. The doctors were amazed at the time that the heart attack didn’t take him from us. He went on to have two other major heart attacks, surviving them both! He continually enjoyed proving the doctors wrong, and our family is incredibly grateful that we were gifted so many extra years with him. His grandchildren were able to grow up and have a relationship with him, and although he will miss out on some of their milestones in life, they still have wonderful memories to cherish.

Kenny was perhaps known best for his dry wit and sarcasm. He was always ready with a joke. Even at his sickest these past several weeks, he was cracking jokes with his nurses and physical therapists. We are sure going to miss his humor. And although he didn’t get his wish to die in his beloved recliner watching Gunsmoke, this signature sarcasm was intact right up to the end and he managed to make the best of the situation he was in. He was a fighter and he didn’t want to leave, but his heart was tired. We will all miss him immensely.

We want to thank friends who came to visit him during his hospitalization, some traveling significant distances. It meant so much to him and really lifted his spirits during a difficult time.

We also want to thank the wonderful nurses and physical therapists at Intermountain Medical Center for their care over the past several weeks. Healthcare workers truly are heroes.

Per Ken’s wishes, there will not be a funeral service. In lieu of flowers, please consider donating to this GoFundMe account set up to help pay for medical bills accumulated during his lengthy hospitalization and subsequent passing:  https://gofund.me/67b06034