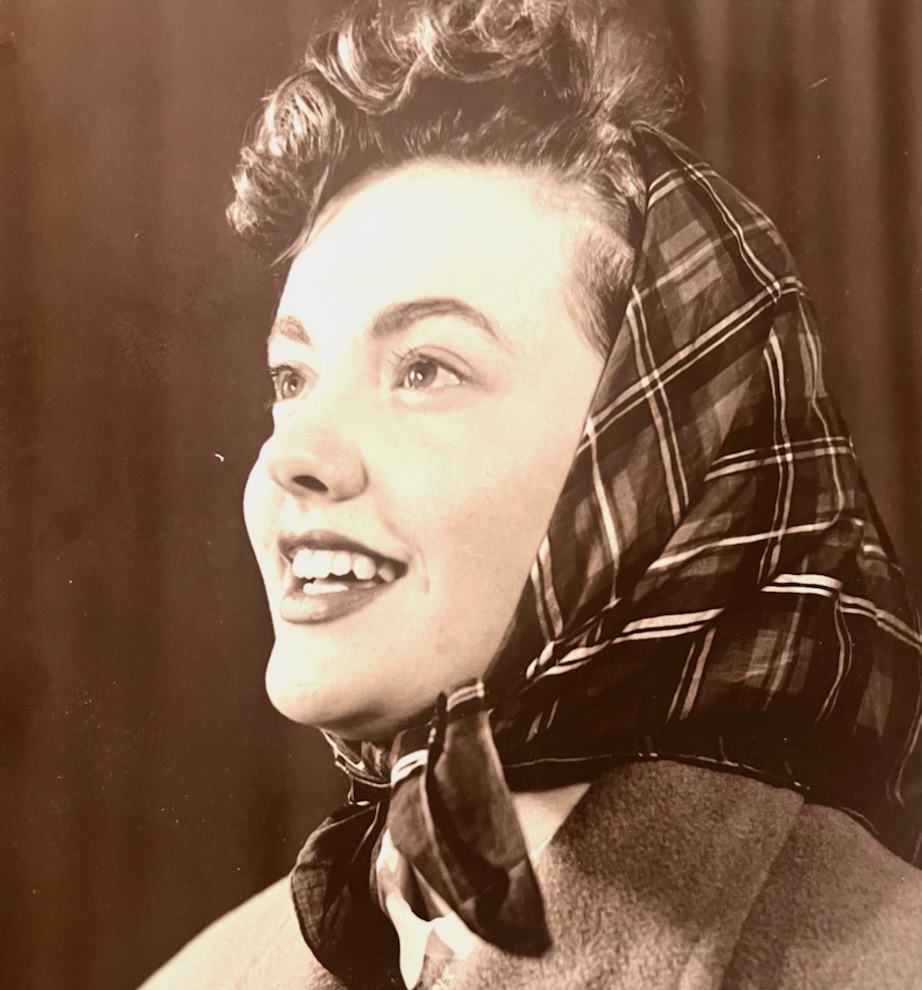 June and Al moved their family to Colorado from Michigan in 1970, settling in Evergreen, CO, where they enthusiastically lived a mountain life. After Al's unexpected death in 1988, June went back into the workforce and built a life in Denver, buying the house on Grove Street where she lived out the rest of her life. She never remarried or dated, joking that it took 38 years to break in Al and she didn't want to start over with someone else.  June loved animals, especially her little dogs.  She would often sing them made-up songs and cook them homemade meals.

June was a jack of all trades in her life.  She was an artist, a writer, a beauty queen, an extreme crafter, an avid reader, a genealogist, a team mom, an event planner, a legal secretary, a student, and a Grandma, to name a few of the hats she wore.  She made sure that her extended family always felt special, never missing sending homemade cards or decorated matchbooks on birthdays and anniversaries.  She has always been described as kind and caring of others. June loved holidays and made them magical for her family.  She was over the top in the best way - independent, enthusiastic, creative, silly, and often unintentionally hilarious.

June is preceded in death by her husband Alan, her sisters Carol and Janene, and her brother John.  She is survived by her siblings Henry, Bonnie, and Susan, her sister-in-law Lois Stevenson, niece Amie Canterella, nephew Alan Stevenson, nieces and nephews too numerous to name (there were 7 brothers and sisters!), her daughter Melanie Peschel and her husband David, daughter Beth Stevenson and her partner Maureen Farrell-Stevenson and granddaughter Elena, daughter Alana Stevenson, and 6 Grand dogs.

A novel couldn't describe her or what she means to us.