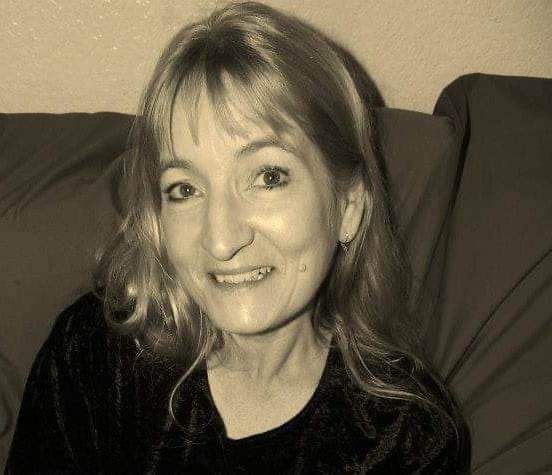 Mary Helen McClain, nee McPherson, passed peacefully, surrounded by loved ones on Thursday, December 1, 2022, in Glendale, Arizona. She was 66. Mary was born November 19, 1956, in Elmhurst, Illinois, the first of six children in a multi-racial family. She was raised (mostly) in Wisconsin, graduating from Mukwonago High School in 1974.

She was a mother of four, plus a few extra kids she picked up along the way; grandmother of eight, soon to be nine. Mary's favorite things in life were spending time with her kids and grandkids, caring for her menagerie of pets, baking, and being a mastermind cook. She was a talented artist, passing her creativity and love of art on to her children. She had a wonderfully sarcastic sense of humor, which she also expertly passed on to her children. She enjoyed dancing to the beat of her own drum, and she was small but mighty. Mary also took great pride in her work, remaining at her job through her lengthy battle with pancreatic cancer.

She is pre-deceased by her father, Richard McPherson; first husband, John Chaput; and husband, Larry McClain.

A natural-born caregiver, she effortlessly cared for so many during her life. She was a brave warrior. She will be profoundly missed.

The family will be planning a celebration of her life for a later date.

In lieu of flowers, the family is requesting donations be made in her memory to the Pancreatic Cancer Action Network at pancan.org.