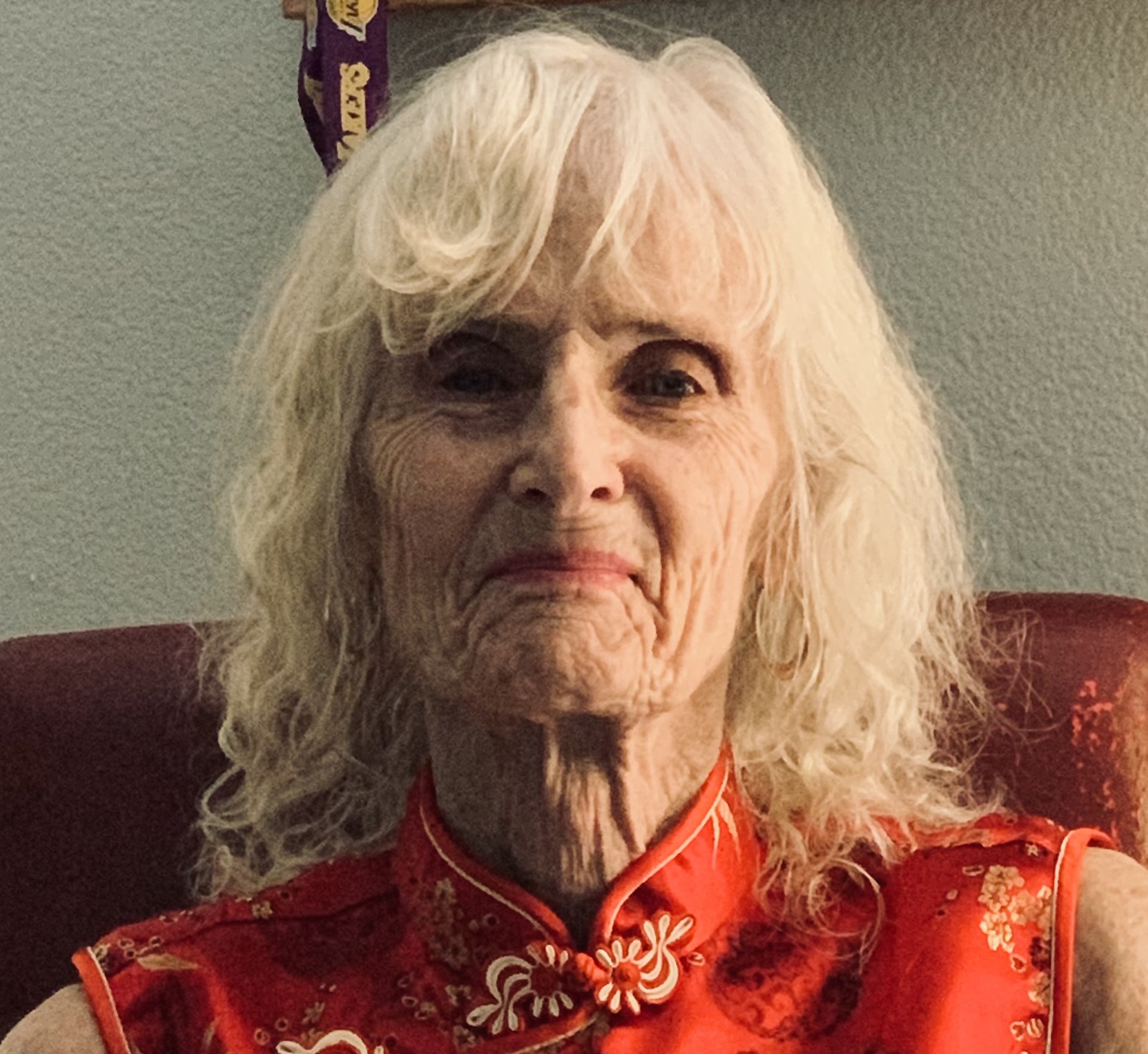 Monday, September 19, 2022, Margaret Flora Patton, 88, passed away peacefully at her home in Phoenix, Arizona, surrounded by her son, Michael, and daughter, Shonda, and her caring hospice nurse, Cory.

Margaret - also known as "Peggy" - was born in Sunbury, Pennsylvania, to Lester and Gladys Kimble. She grew up alongside her only sibling, William (Bill), who preceded her in death.

Peggy was very active up to the final few weeks of her life. Known for her smile and good-natured disposition, she brought joy wherever, and to whomever, she was around. Her multifaceted spiritual journey spanned her entire life – even in her very last days - where she listened to and learned many bible passages. Peggy considered herself a child of God, and we're sure God did, too.

She loved engaging in stimulating conversations with people and was respectful of their beliefs and viewpoints, even when they didn't align with hers. She believed everyone deserved to be treated with dignity and met them with respect and kindness.

Peggy began working in the medical field when she was a young woman, which nurtured her inherent desire to help all she met. These, including her childhood dream of becoming a nurse, eventually led her to pursue a degree in the field she was destined to follow. She ultimately obtained her goal with a nursing degree from Montgomery College in Takoma Park, Maryland. It would be next-to-impossible to count what could be hundreds, if not thousands, of lives that Peggy touched in both her personal life and career as a nurse.

After retirement, Peggy relocated to Phoenix with her daughter Shonda where she enjoyed a myriad of activities - including periodic stops to the local thrift shops where there was always treasures to be found – for herself, but primarily for others. She would also volunteer, when possible, to help others in the community.

Her strong sense of love and connection with family was expressed by the many cards, gifts, phone calls, emails, texts, and visits assuring each individual how much she cared for them. The impact she made on all remains her greatest gift and is her ultimate legacy.

Considering her interest and respect for the medical field, Peggy requested that her body be donated to scientific research to help others, her remains cremated, and her ashes distributed at the gravesites of her paternal grandparents in Sunbury, PA; her mother in Millville, NJ; and her father in San Bernadino, CA.

A second Celebration of Life for Peggy is planned for family and friends living in the western part of the country sometime after the 2023 new year.

Instead of flowers, please consider donating to the National MS (Multiple Sclerosis) Society or your favorite charity in her name.