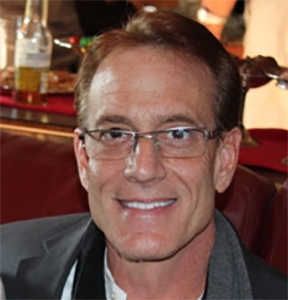 Gauthier, Larry A. 61, of Phoenix, AZ passed away on August 22, 2022. He will be remembered for his sense of humor and his varied interests in things from fishing to knife collecting as well as his blossoming interest in web design in support of his flooring business. Larry founded the AZ Floor Company in 2016, continuing his passion for the flooring business which he spent the majority of his adult life pursuing.

Larry was born in Phoenix, AZ on September 13, 1961, to Bettie and Douglas Gauthier, Sr.

Larry spoke Spanish fluently and loved the Hispanic culture. As a young man, Larry lived and worked in Mexico City for a large insurance company.

Larry was preceded in death by his mother Bettie, his father Douglas Sr., and brothers Greg Gauthier and Eric Gauthier. He is survived by his sisters Sandy DyLong, Nancy McCabe, and Lisa Makoski; brothers Bob Gibson and Douglas Gauthier, Jr; children Larinia, Dakota, and Thomas.

We look forward to a time when the God of love restores all of those in the memorial tombs to perfect health and life in paradise (John 5:28 and Romans 6:7).