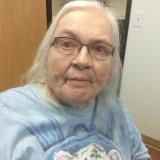 Jean Marie Tess Waegli, 72, passed into eternal life early Thursday morning, May 12, 2022, in Glendale, AZ. She was born December 5, 1949, in Kewaunee, WI, the oldest of six children, and the only daughter of Ervin and Shirley (Summerfield) Tess.

Jean graduated from Kewaunee High School. She was very proud of her involvement and achievements in 4H.  Jean found it could be challenging growing up with three brothers close in age and two much younger brothers.

After graduation, she attended trade schools and worked at several locations, including Mirro Aluminum Company in Manitowoc, Wisconsin. She was married to Gregory Waegli on May 17, 1980. The couple lived in Manitowoc, Wisconsin during the first part of their marriage and moved to Arizona in August 1985. She continued her love of 4H by introducing the program to inner city youths in Phoenix. Jean displayed her strong Christian faith to those around her by loving God and loving others. From childhood and through most of her married life, she loved to read and cook. Even though Jean had health issues in her later years, she always had a positive attitude.

Jean was preceded in death by her parents; two brothers, Dale Tess and Alan Tess; and by Greg’s parents, Alois and Mary (Traeger) Waegli.

A memorial service for Jean will be held at LifeStream Glendale, with a date to be determined. A family celebration of her life is also planned for later this year.