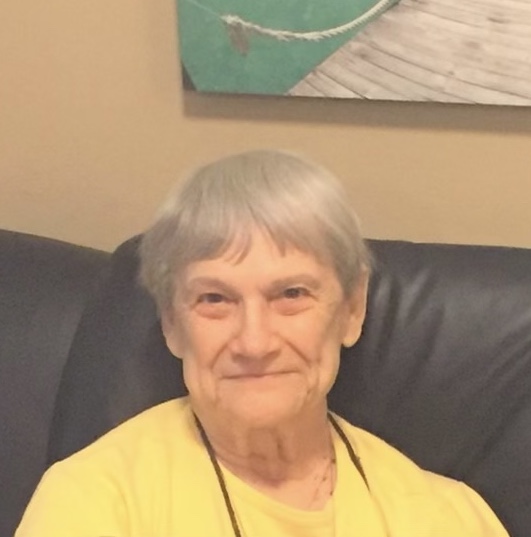 Dorothy Virgine Statton, 89, passed away peacefully in her assisted living facility in Surprise, AZ on September 6, 2022. She was born in Ute, Iowa to Reverend Elmer Widmann and Jeannette Happel on April 3, 1933.

Dorothy courageously battled renal failure since 2012 and fought to the very end. She is survived by her great-niece Emilie Blauvelt, her beloved dog Tawny, and countless friends and family spread out from coast to coast. Dorothy was preceded in death by her parents (Elmer Widmann and Jeanette Happel) her brother (Richard Widmann) and her husband (Edward Statton).

Dorothy’s life was filled with many joys. She graduated from the University of Iowa and went on to have an array of jobs. Most often mentioned was her time at CBS radio where she wrote the material for the morning news and her teachings in Okinawa to military children. Her most cherished job, however, was as owner and manager of an 18-bed nursing facility. With just the house for infrastructure, Dorothy went on to put everything in place to properly care for her residents. She was fully devoted to her residents and they brought her tremendous joy. This is the job she worked until retirement.

In retirement, Dorothy enjoyed traveling with her father Elmer, and caring for him. In the late 1990s, Dorothy’s first love, Edward C. Statton, reunited with her. They went on to marry on August 29, 1999. They split their time between Cedar Rapids, Iowa,  Belvedere, Illinois, and Sun City West, Arizona.  Until his passing in late 2015, they enjoyed traveling together, going to the casino, gardening, playing poker with friends, and attending church.

Following her husband’s passing, Dorothy overcomes grief and found solace in her great-niece. Having known her as a small child, she was always fond of her. They went from talking once or twice a week to every night on the phone. In grief, something beautiful blossomed and their bond grew exponentially. Emilie was no longer seen as just a great-niece but more like a daughter. Dorothy knew she wasn’t alone.

She worked through her grief by keeping busy and spending time going to church, attending grief classes, social outings with friends, and going to play slots at the local casino nearly every Saturday with Emilie. Afterward, they would most often enjoy a nice dinner together. It was at those dinners, that they had deep conversations about life.  She will be greatly missed for her love, wisdom, and generosity.

In honor of Dorothy, her great-niece asks that you make a monetary donation to one of Dorothy’s favorite charities including,  but not limited to: Paws of Honor, ASPCA, St. Jude Children’s Research Center, Tunnel for Towers, Lutheran Hour Ministries, or the Arizona Kidney Foundation.

A celebration of life service will be held at a later date.