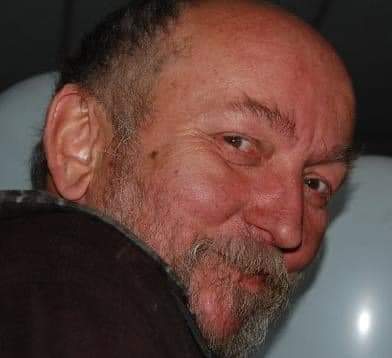 Beloved father, grandfather , great grandfather, son, and brother, Howard Edwin “Howie” Kelley Jr. of Bountiful, Utah passed away on September 17, 2022 at the age of 71, with his daughter Tanya and her husband by his side. Howie was born on July 11th, 1951 at Bertrand Chaffee Hospital in Springville, NY to Marlene and the late Howard E. Kelley Sr. He was the stepfather of Tanya (David) Buist of Bountiful, and also had 4 biological children. He was the brother of Candy (Doug) VanOcker, Harold (Laura) Kelley, late Robin (Keith) Nagel, Kim (Bobby) Poland, and Carla (Joseph) Lamphier. He was grandfather to Tyler Rasmussen and Cody Marrott and step grandfather to Michael, Austin, Christian, Isaac, and Madison Buist. He was great grandfather to Autumn, Jameson, Aiden, Eloise, and Amelia.

Howie attended Griffith Institute High School where he graduated as a part of the class of 1969. Howard served in the Air Force as a Military Police Officer. Howard later attended Erie Community College, graduating in 1980 at the age of 29.

Howie later moved to Arizona where he met Gayle Rasmussen, mother of Tanya Buist. Tanya and Howard quickly grew a relationship like that of a father and a daughter. He truly loved her and her children as his own. In 2002, Howie moved to Utah to be with Tanya and her family and lived the remainder of his life there.

Howie spent the majority of his adult life as a transmission repairman, working with Tanner Transmissions and AMCO for many years.

Howard’s love for his family knew no bounds. He loved his grandchildren and great-grandchildren, better known as  " his babies",  more than anything in the world. Hee was kind and supportive of everyone he met no matter who they were. You would often find him buying a meal for the homeless.

Howard’s love and generosity will be missed dearly, but the love he’s shown will continue to radiate through his family, the people, and the community he touched while here.